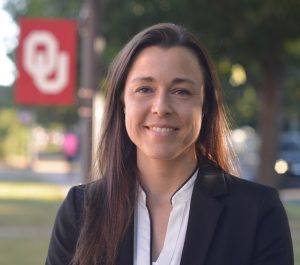 Biography
I specialize in South Asian religions, particularly Hinduism in urban India.  My first book published by Oxford University Press The Making of a Modern Temple and a Hindu City (2018) focuses on Kālīghāṭ, a Hindu temple dedicated to the goddess Kālī in Kolkata (formerly Calcutta), India.  From the late-nineteenth century to the present, among foreigners and locals, in the vernacular Bengali language and in English, this site has been envisioned as a site of great spiritual power, an ancient relic, a hotbed of priestly corruption, and a physically unclean space site in need of major cleansing and renovation.  Employing historical, legal, and ethnographic sources, I examine the ways middle-class authors, judges, and activists have worked to modernize Kālīghāṭ over the past long century. Rather than being rejected or becoming obsolete with the arrival of British colonialism and its accompanying iconoclastic Protestant ideals, the temple became a medium through which middle-class Hindus could produce and publicize their modernity, as well as the modernity of their city and nation. That trend has continued and even strengthened in the wake of India’s economic liberalization in the 1990s. I further explore lower-class groups’ resistance to middle-class modernizing efforts. Conflict between class groups throws into high relief the various roles the temple plays in peoples’ lives, and explains why the modernizers have struggled to bring their plans to fruition.  This work was recently featured on Marginalia, an L. A. Review of Books podcast and on the New Books Network. It was also featured on the official blog of the Campaign for the American Reader.  I wrote here about applying the “Page 99” test to the book.

In my new book project, tentatively entitled Theologies of Labor: Hinduism for India’s Professional Class, I examine the ways that a professional class of Indians employs Hindu ideas and practices as they engage in the global marketplace as laborers and consumers. Even as they live and work in sites absent of religious architecture and paraphernalia, and even as they reject the notion that anyone ought to profit from religion, they infuse their daily labor in global corporations and their acquisition of material wealth therefrom with religious ideas about sacrifice, service, and divine blessings. In my first book, I demonstrated the way Hindus work to modernize Hinduism and Hindu-ize modernity through a religious site. In this book, I explore similar themes, but in a context that one might first expect to be decidedly un-religious: modern corporate life.

The late Anne Monius was my advisor, mentor, and friend for the ten years I was at Harvard and beyond. I owe her a great debt. Read my tribute to her here.